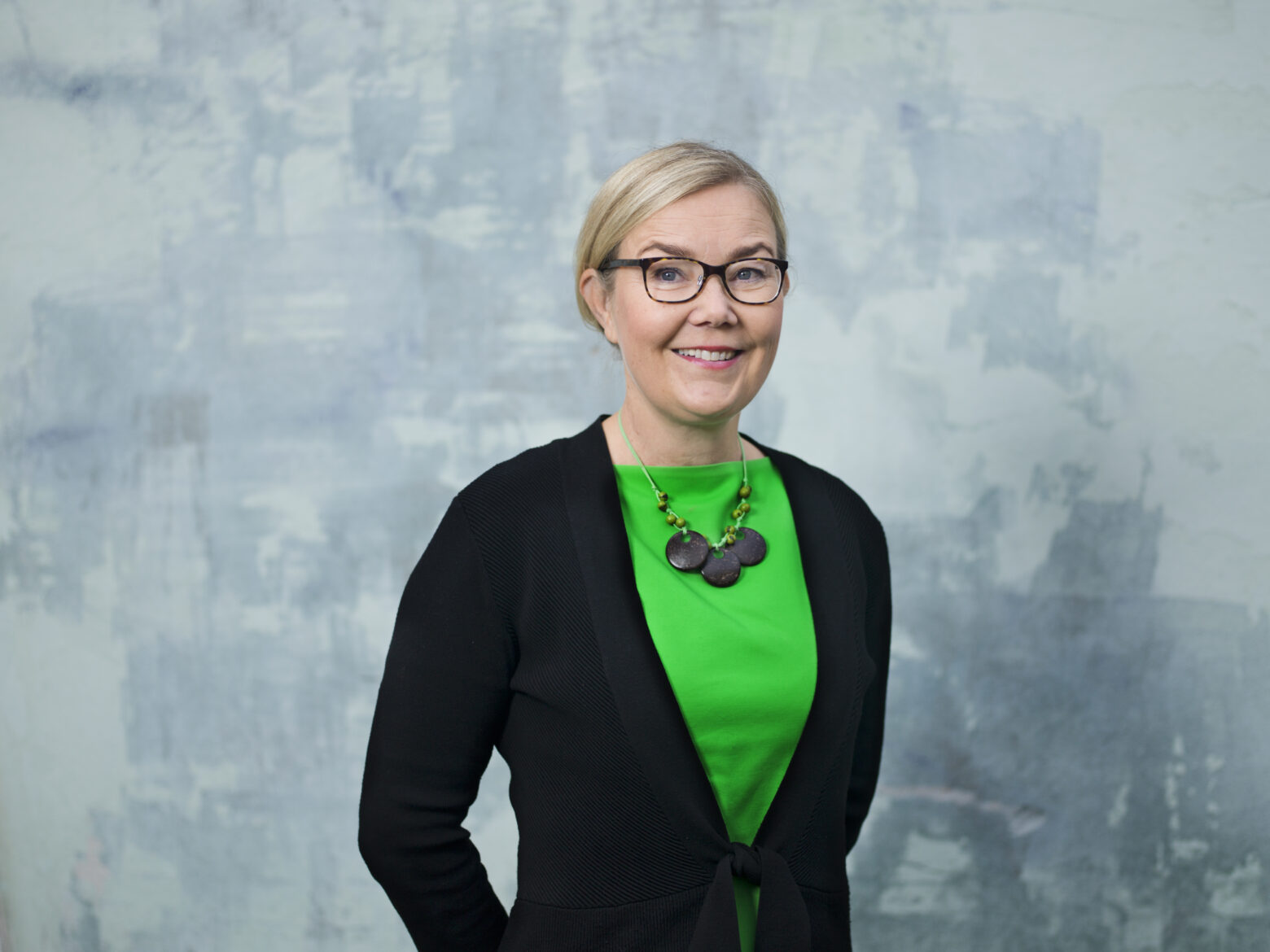 Birds, fish, mammals, reptiles and amphibians have declined all around the world, but their populations have fallen especially quickly in tropical areas. In South and Central America, on average 89 percent of vertebrates have been lost, and in the Southern Asia and Australia that figure is 64 percent. The rapid decline in the animal populations also impacts the speed of extinction, which has no historical comparison.

The biggest causes in the decline in population sizes are overexploitation and agriculture. Together, they account for as much as two-thirds of the decline. The greatest threat to nature is the explosive growth of the middle class and its consumption. In a period of 50 years, the combined global ecological footprint has grown by 190 percent. In the ecological footprint, we calculate the consumption of natural resources per person.

Climate change is already impacting species. In the future, its share will increase even more significantly if states do not act quickly to reduce emissions and limit the rise in temperature to 1.5 degrees. A temperature increase of 2 degrees would mean the permanent loss of many species. In Finland, the Saimaa ringed seal and salmonids are already suffering from climate change now and the Arctic fox is on the brink of extinction. The work to fight against climate change and the protection of biodiversity in nature proceed hand in hand. For example, the reduction of logging would be extremely important in securing the biodiversity of forests. In addition, strengthening carbon sinks in forests would curb climate change.

Nature is not only important to us just for its intrinsic value or species. Our life is built on nature. Nature provides us with food, water, medicine and recreation. Our economy and well-being are based on nature. For example, pollinators, such as bees and butterflies, pollinate 75 percent of the most important crops. In particular, fruits and vegetables, such as apples, almonds and oil plants, need pollinators. The Living Planet Index is an index of our whole life.

Although the report tells us about the worrying situation of animals, it is still possible to work on behalf of biodiversity. Biodiversity and climate change are spoken about now more than ever. There is reason for optimism, as it has produced good results in the protection of animals. For example, the population of Saimaa ringed seals in Finland is now almost 400, and the white-tailed eagle has been saved from extinction. WWF’s long-term work in Nepal for the protection of rhinoceroses has practically ended poaching and the number of tigers in Nepal has almost doubled in ten years.

Every single one of us can make daily choices on behalf of nature. An ecological lifestyle combats climate change and is good for nature. When choosing food, it is recommended to choose vegetables and sustainably caught fish. In addition, we should all avoid unnecessary consumption and favour energy-efficient living and low-emission forms of transport.

Most important of all, however, is to observe the safeguarding of nature and nature’s biodiversity in all our decisions. From our political decision-makers, we need quick actions to reduce emissions and increase the number of carbon sinks, such as forests.

We must all find the determination to act on behalf of nature. 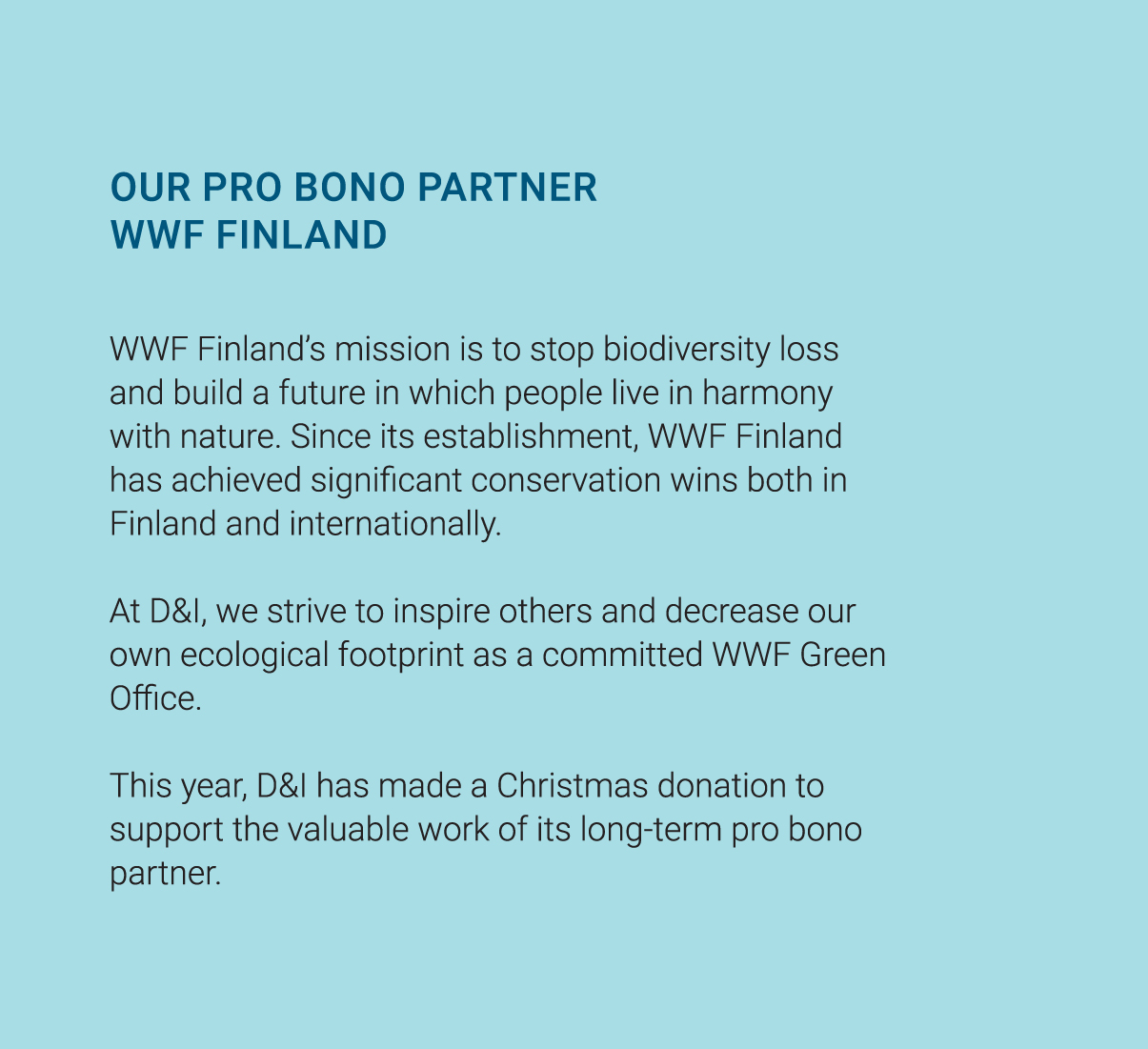 Expert's dilemma - Too lawyer to give valuable advice?Why don’t our lawyers give us straight answers? Why can’t they just give us clear i...
Q&A with new Partner Jasper KuhlefeltJasper Kuhlefelt focuses on complex domestic and cross-border M&A and private equity transa...
The Power of Collaboration – The best things happen when smart people work togetherLaw firms used to be places you would call to find out what the law says – but this is no lon...

Article
Expert's dilemma - Too lawyer to give valuable advice?
21 Dec 2022 Why don't our lawyers give us straight answers? Why can't they just give us clear instructions on how to proceed? I'm fed up...
Article
Q&A with new Partner Jasper Kuhlefelt
21 Dec 2022 Jasper Kuhlefelt focuses on complex domestic and cross-border M&A and private equity transactions as well as capital mark...