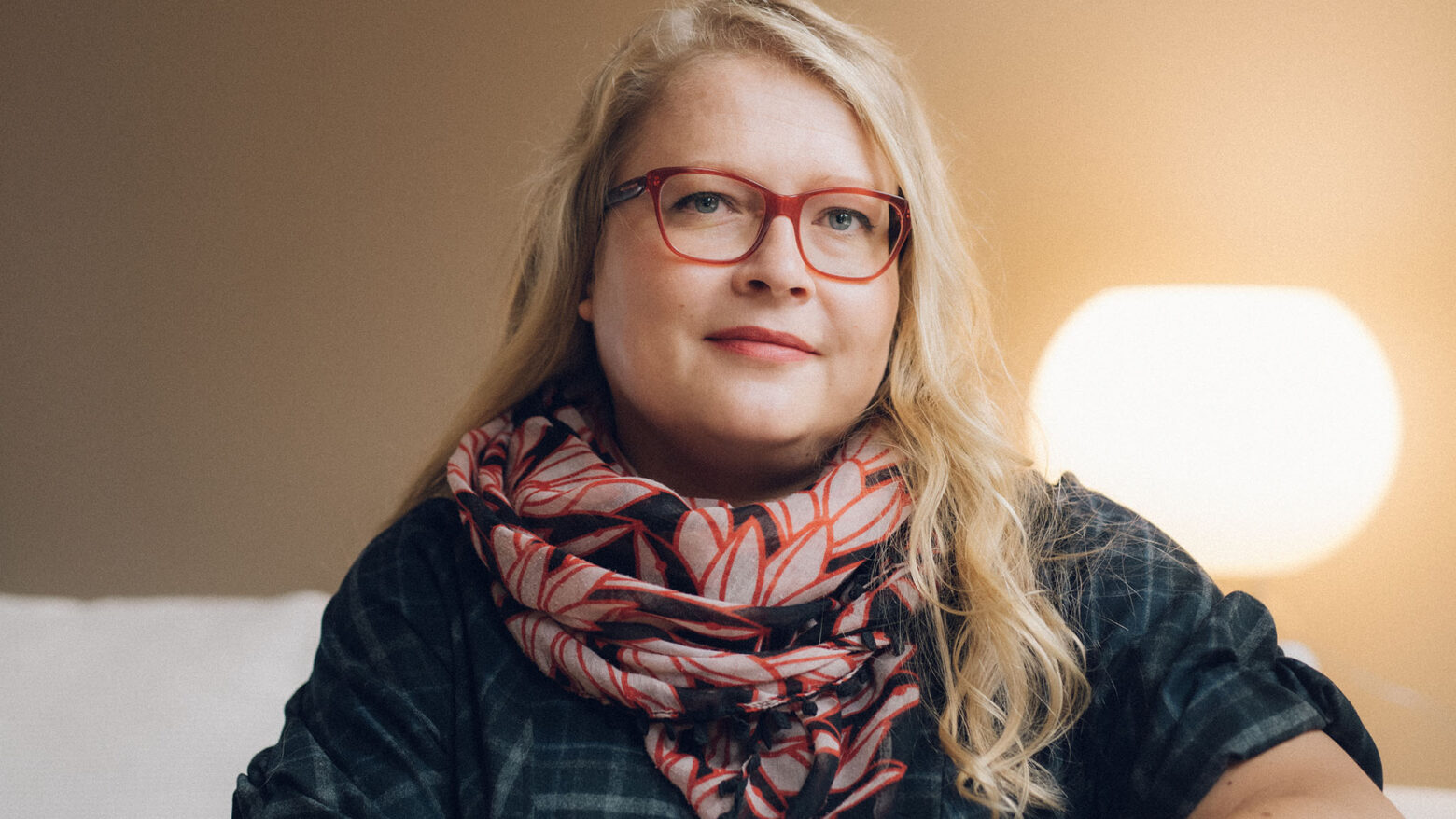 Changes taking place in the legal environment are constant. Monitoring legal developments in order to be prepared for these changes has become increasingly important for our clients – especially when innovations and new technologies are at the heart of their business. Clients often ask our lawyers how to stay on top of things in the rolling waves of continuous regulatory amendments. Particularly the EU-level legislative proposals related to platform economy and artificial intelligence are under scrutiny at the moment.

The cases and projects of the Innovation Powerhouse of Dittmar & Indrenius concern truly innovative products and business models. As technology develops and new business models are created, the law often lags one step behind  – although, when there is no special legislation covering a new phenomenon, the existing legal framework is applied. In any case, anticipating the future legislative reforms and preparing for changes in advance is relevant for all business operations.

The growing number of new legislation and the juridification of society have been discussed for years now. Companies find it increasingly difficult to monitor the contents of their rights and obligations as the amount of regulation increases. Legislation drafted for new phenomena also has its redeeming features, since typically, regulation brings operators on the same level by creating a fairer business environment, supporting risk management and increasing legal certainty. When there is no specific legislation, it might not be possible to ensure legal compliance of new and innovative operations until afterwards in court proceedings or administrative procedure, which can cast the shadow of uncertainty over business operations.

We are currently keeping a close eye on the EU-level legislative proposals concerning platform economy and artificial intelligence. The European Commission’s proposals for the Digital Services Act (DSA), the Digital Markets Act (DMA) and the Artificial Intelligence Act (AIA) are currently being reviewed by the Council of the European Union and the European Parliament. Creating a uniform legal environment has several good objectives, such as: increasing the openness of digital services for end users (both company and consumer), promoting consumers’ opportunities to choose and the smaller platform companies’ access to the market, improving the users’ safety, and promoting citizens’ fundamental rights in a network environment. However, new regulation should not increase companies’ administrative burden in an unreasonable manner.

Our legal information service constantly receives inquiries for estimates on various legislative initiatives’ entry into force. Especially when the legislative proposal is in its early stages, giving educated guesses about the legislation’s entry into force is practically impossible. Legislation processes, both in Finland and on the EU level, usually take a long time, from months to even years. It should be noted, however, that in the early stage of the coronavirus pandemic, e.g. necessary labour-law-related amendments to legislation were reviewed in parliamentary proceedings in just a few days’ time. Therefore our legislative processes have proven to be adequately flexible under exceptional circumstances.

On the EU level, the review of legislative proposals is particularly affected by the political interests of the Member States. According to my experience, the legislative processes are often delayed when compared with the initial target schedules. On the national level, the duration of parliamentary proceedings can be affected by both the workload of the committees and also practical issues; between the parliamentary sessions, i.e. at the turn of the year and in the summer, the parliamentary proceedings for legislative initiatives do not progress in practice, since the committee work is on hold.

You can get a preliminary understanding of the impacts the EU legislation being prepared would have on Finland by reviewing the government communications on European Union matters (Union communications) which are available on the Parliament’s website. Through its communication, the Government delivers to Parliament, for purposes of establishing its position on the matter, a proposed statute, agreement or other measure which will be decided on in the European Union. A Union communication describes the Government’s preliminary position and assessment on the need to amend national legislation. Statements concerning the DSA and DMA proposals (U 2/2021 and U 6/2021) were published in February 2021 and the statement concerning the AIA proposal (U 28/2021) in May 2021. The review of the communications has continued in parliamentary committees whose statements have specified Finland’s position on the legislative proposals.

On the EU level, the progress of legislative initiatives can be monitored in the EUR-Lex service. By registering for the service, you can get notifications on the progress of the legislative proposal you have placed under monitoring. In the Legislative Observatory (OEIL) service of the European Parliament, you can follow the initiatives’ progress in the Parliament. Twitter is also a good tool for following law drafting: for example, the EU bodies and different trade associations tweet actively about the progress of key initiatives.

“An excellent and up-to-date source of information for following the progress of EU-level initiatives is the European Parliament’s Legislative Train Schedule website.”

An excellent and up-to-date source of information for following the progress of EU-level initiatives is the European Parliament’s Legislative Train Schedule website, which monitors the implementation of the European Commission’s work programme and legislative processes, visualised as a railway. The website presents the Commission’s main objectives as trains with destinations (Destination) and the individual legislative proposals are the cars of the main objective in question. Legislative Train presents in a clear way information about the stages of legislative processes: starting the process (Departed), an estimate when the process will be completed (Expected Arrivals), possible delays (On Hold), completing the process (Arrived) and the possible end of the initiative caused by some other reason (Derailed). Legislative Train contains basic information about the legislative initiatives in English and links to documents in EUR-Lex and the OEIL database.

Databases for professional use

The most part of official legal material is freely available online. Databases intended for legal professionals and requiring a licence render legal information retrieval more efficient. They also ensure that the information is up to date and correct. In Edilex and the Suomen Laki service, case law and legal literature are linked to legislation by articles and sections, making it easier and faster to check how a particular provision has been interpreted at a court or commented on in literature. These databases also show whether there are any government proposals concerning the law in question pending and under parliamentary review. It is usually essential to be able to anticipate legislative reforms and amendments, also in connection with legal information retrieval.

It will take some time until the new legislation on platforms and artificial intelligence enters into force and will be nationally implemented. The final wordings and specific impacts to companies have not been decided on yet. New legislation will not eliminate the need for the existing legal framework: inter alia competition and consumer protection legislation will be applicable to platform economy also in the future. When developing future business operations, it is important to prepare oneself for changes also in the legal environment. The earlier you are aware of the upcoming reforms and their impact on your organisation, the easier it is for you to be prepared.

The Proposal for a Directive on Corporate Sustainability Due Diligence Published

The European Commission’s proposal for a Directive on Corporate Sustainability Due Diligence and amending Directive (EU) 2019/1937 (COM(2022) 71 final) has been published on 23 February 2022. This long-awaited Directive will require companies to perform due diligence to identify, prevent, mitigate and account for external harm resulting from adverse human rights and environmental impacts in the company’s own operations and in the value chain.

A Q&A guide to medicinal product regulation and product liability law in Finland. The Q&A gives a high level overview of key issues including pricing and state funding, manufacturing, marketing, clinical trials, advertising, labelling, and product recall and liability. The Q&A is part of the Thomson Reuters’ Global Guide to Life Sciences law. Read the Finland