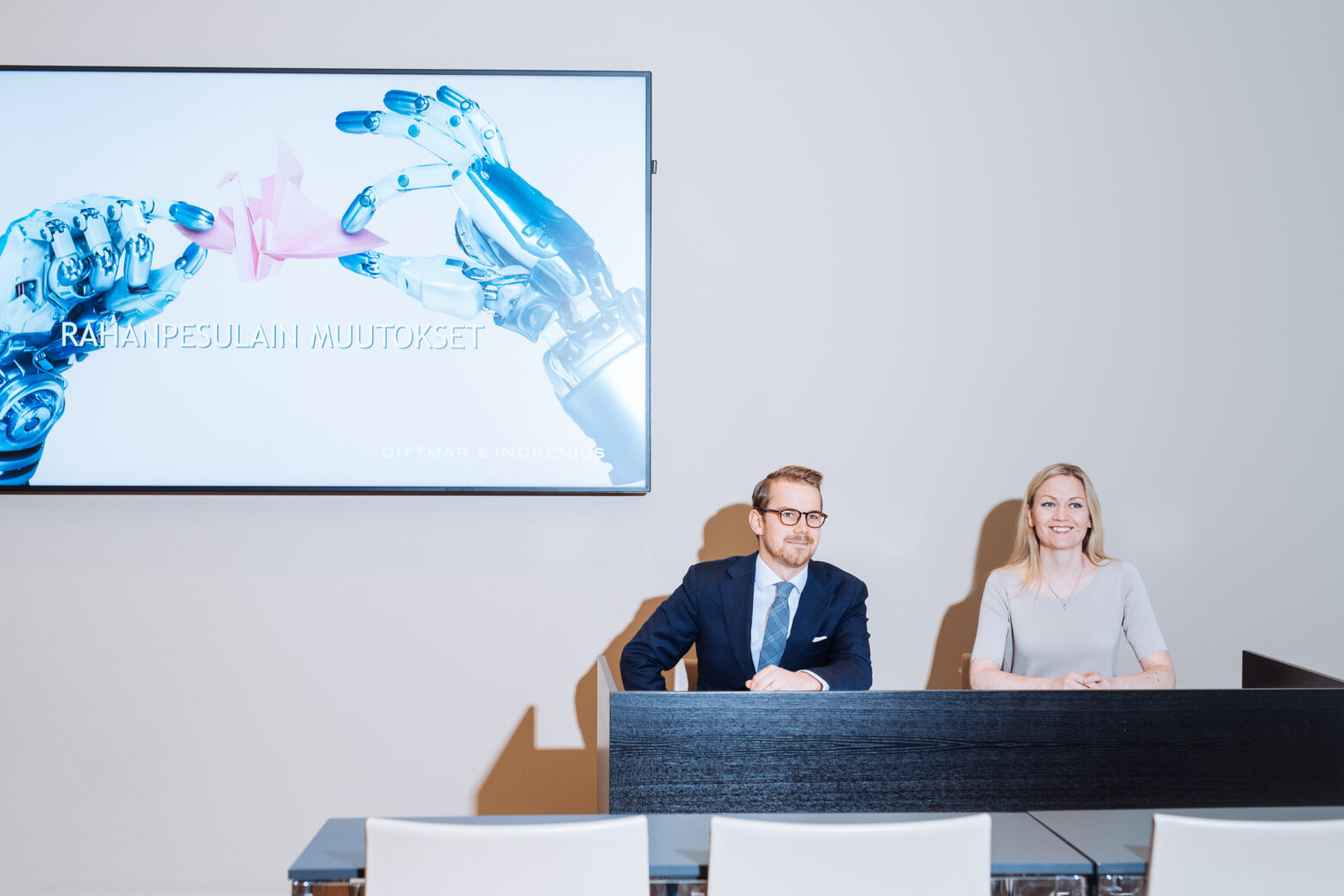 The Finnish Government proposal implementing the provisions of EU’s Fifth Anti-Money Laundering Directive (the “Fifth AML Directive”) has been actively discussed in Finland. The proposal includes, inter alia, amendments to the Anti-Money Laundering Act (the “AML Act”) and enactment of two new acts. The objective is that the proposed legislation would enter into force on 1 January 2019.

Amendments relating to the AML Act

The scope of the AML Act would be extended mainly to providers of virtual currencies, art dealers (with respect to transactions where the value amounts to 10,000 euros or more) and all forms of tax advisory services. Such entities would become reporting entities under the AML Act.

According to the proposed amendments to the AML Act, reporting entities would be required to implement enhanced due diligence measures to monitor suspicious transactions involving high-risk countries more strictly. This includes, inter alia, obtaining information on details regarding the nature of the relationship, the origin of the transferred funds and the business partner’s motivation to liaise. Additionally, the reporting entity’s higher management would be required to give consent to the business relationship. Also existing business relationships would be strictly monitored.

Other amendments to the AML Act would include, inter alia, the lowering of thresholds for identifying purchasers of prepaid cards and for the use of e-money. The AML Act would further facilitate cooperation and information exchange among authorities. Also a Government Decree regarding national public officers and functions that qualify as politically exposed persons would be enacted.

A new Act on the Providers of Virtual Currencies (FI: Laki virtuaalivaluuttojen tarjoajista) is being proposed. As virtual currencies are currently not explicitly regulated by Finnish law, the new Act would amend the regulatory environment for virtual currency services in Finland.

The proposed Act would both define virtual currencies for the first time under Finnish law and also set specific requirements for respective service providers. Such requirements are mainly related to retention of documents and client funds, marketing and KYC requirements.

Monitoring of bank and payment accounts

A new Act on the Bank and Payment Accounts Monitoring System (Fi: Laki pankki- ja maksutilien valvontajärjestelmästä) is being proposed to enable direct access to relevant account information by competent authorities. The centralized monitoring system would include both automated interfaces for information searches and a register maintained by the Finnish Customs.

Information that is available through automated interfaces includes e.g. details of the account holder, relevant beneficial owner, the account number, but also more extensive information such as the account balance, transaction information and information on credits. The proposed system has been subject to critique and discussion in the Finnish media during the fall 2018, especially in relation to its data protection implications.

According to the proposed Act, credit institutions and their Finnish branches must establish an electronic data retrieval system that enables providing the information to the competent authorities without delay. Payment institutions, electronic money issuers and providers of virtual currencies as well as their Finnish branches must provide information to the bank and payment accounts register.

Even though the Act is proposed to enter into force in the beginning of 2019, the monitoring system must be established and the information provided only as of 1 September 2020. 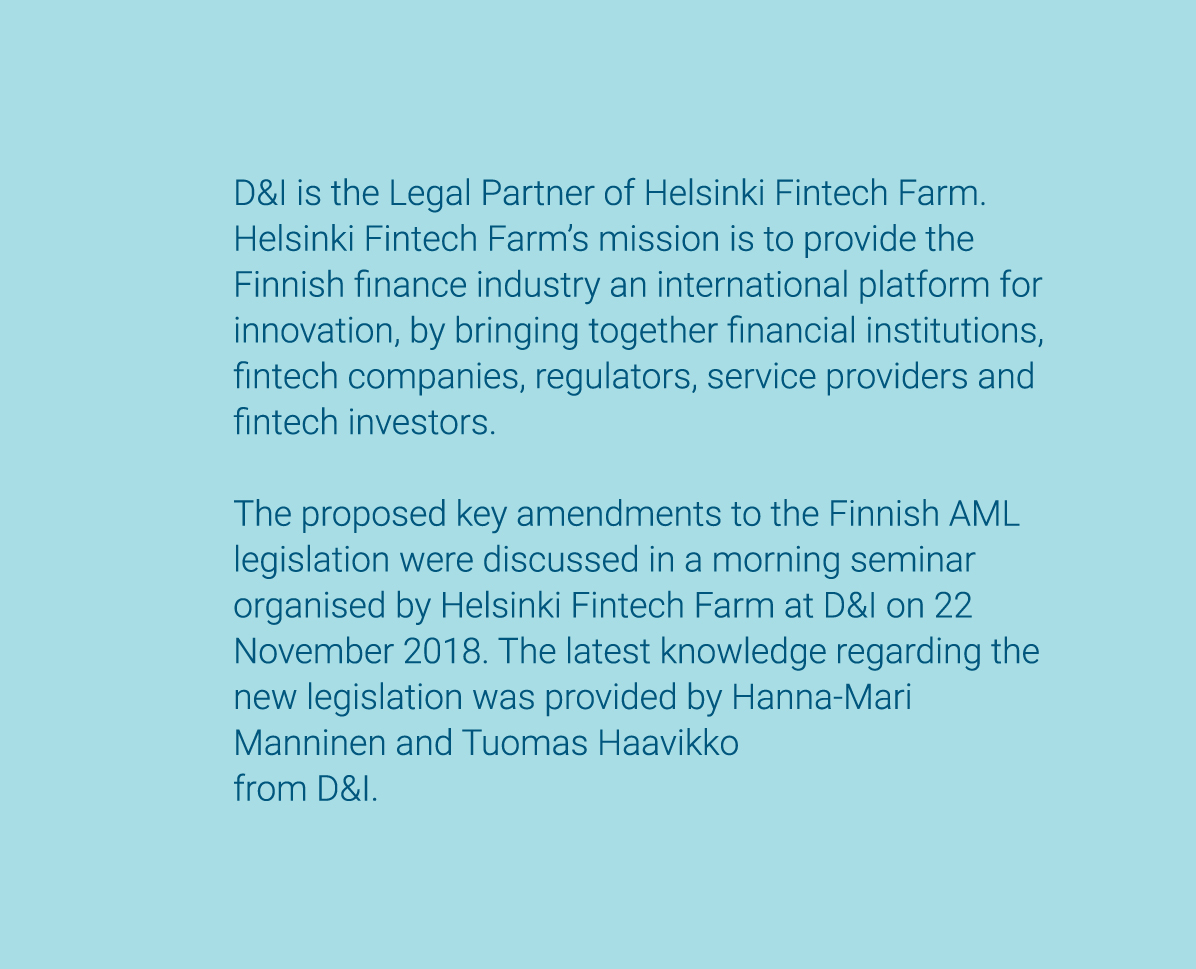 D&I Transaction Powerhouse Deal AnnouncementHigh Level of Activity Continues in 2022 for D&I Transaction Powerhouse Challenging market...
MiCA - Markets in Crypto-Assets regulation – What, why and when?The European Commission adopted a legislative proposal on the regulation of crypto-assets as a...
Compliance in the context of codeHow to adopt Legal Tech to effectively meet the enhanced compliance expectations in digital tra...